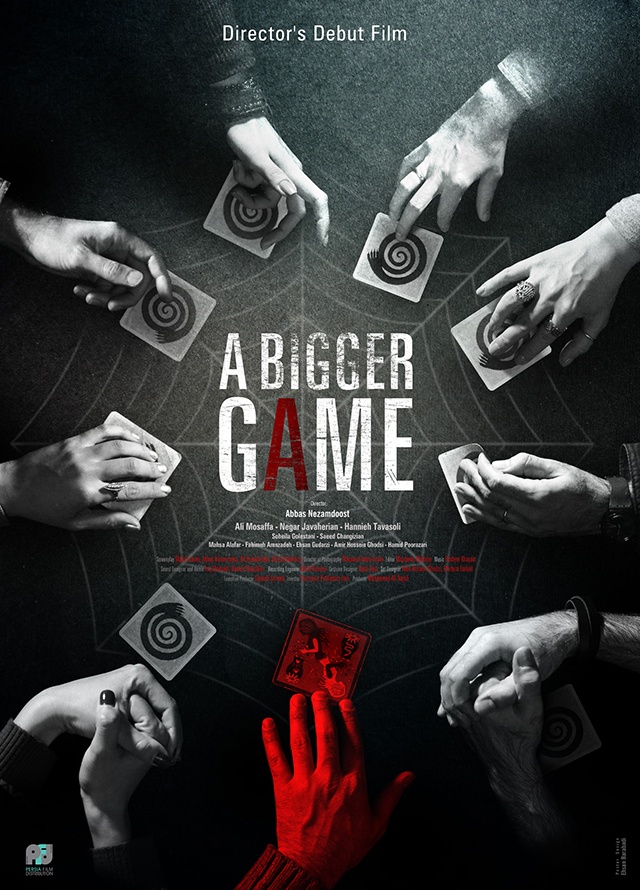 Parastoo is going to direct a play whose name is “Loups-Garous“, taken from a popular game. She meets a doctor and tries to convince him to be her financer. To accept her request, doctor wants to play the game himself. Then, one night she invites her friends, the doctor and his wife to play the game. The simple game at the beginning changes to a mysterious situation at the end.

Born in 1980, Abbas Nezamdoost is a photographer and filmmaker. He started his career as director assistant and production designer in 2009. His short films took part in many international festivals. A BIGGER GAME is his debut feature film.