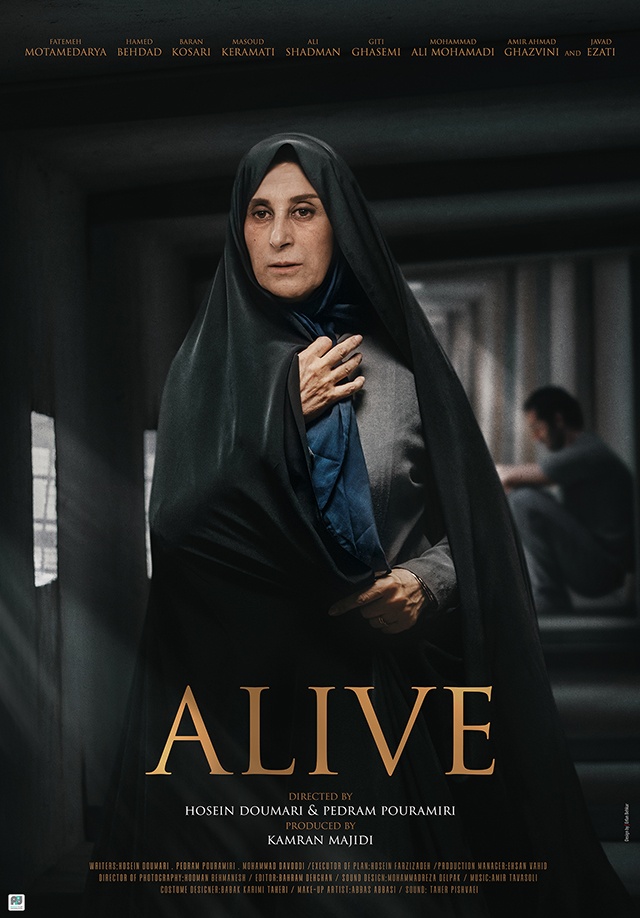 During Asma’s wedding night, her brother Jamal and her ex-lover’s brother get into a fight. Jamal kills the guy unintentionally and leaves the scene. Scared and panicked, he hides in his friend’s place. In order to show the killing as a self-defense, Jamal’s brother cuts him but he tells the truth at the court and is sentenced to death. There is no way out of it except one option: Asma must get a divorce and marry her ex-lover. But this is not the end of the story since Asma is pregnant.

Born in 1994 in Kerman, Hosein Doumari and Pedram Pouramiri hold BA in Cinema from Soureh University. They have made some short films and ALIVE is the first feature film they co-directed.