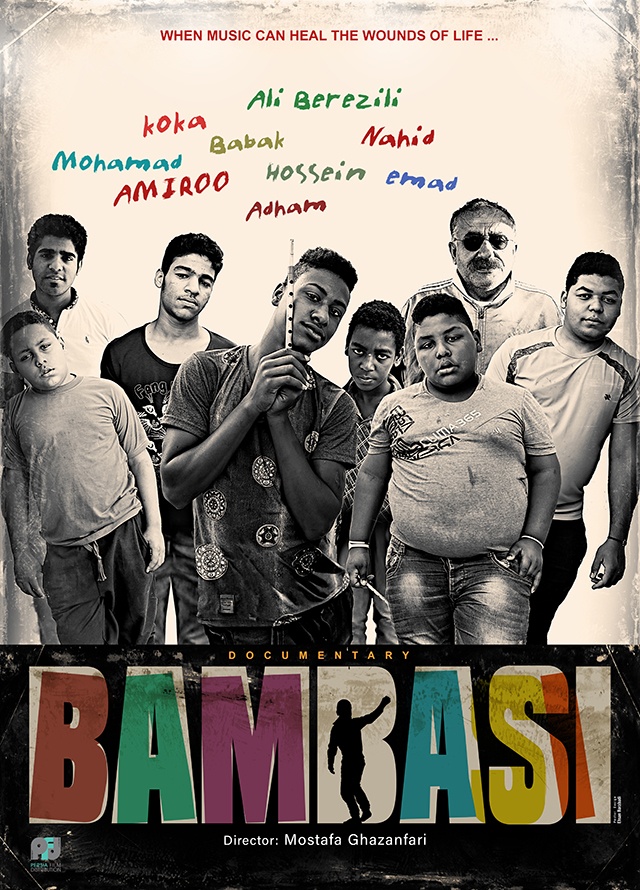 Ali, known as Ali Brazilian, has a street restaurant. He leads a number of street children and teenagers in one of the old and poor neighborhoods of Bushehr and has formed a music band called Bambasi. Ali has long promised them to perform in the known forums and venues, but all of them are disappointed with him. Finally, by conducting several concerts in Bushehr, Bambasi is quickly renowned, and they perform at the most important musical shows in major cities. Ali Brazilian’s efforts is changing everybody’s life in Bambasi.

Born in 1983 in Bushehr (a city in the south of Iran), Mostafa Ghazanfari is a poet and filmmaker. Earlier, with his poetry, he won the Journalism Poetry Award. He has made some short films and documentaries and has also received some awards for them. BAMBASI is the first mid-length documentary he has written and directed.