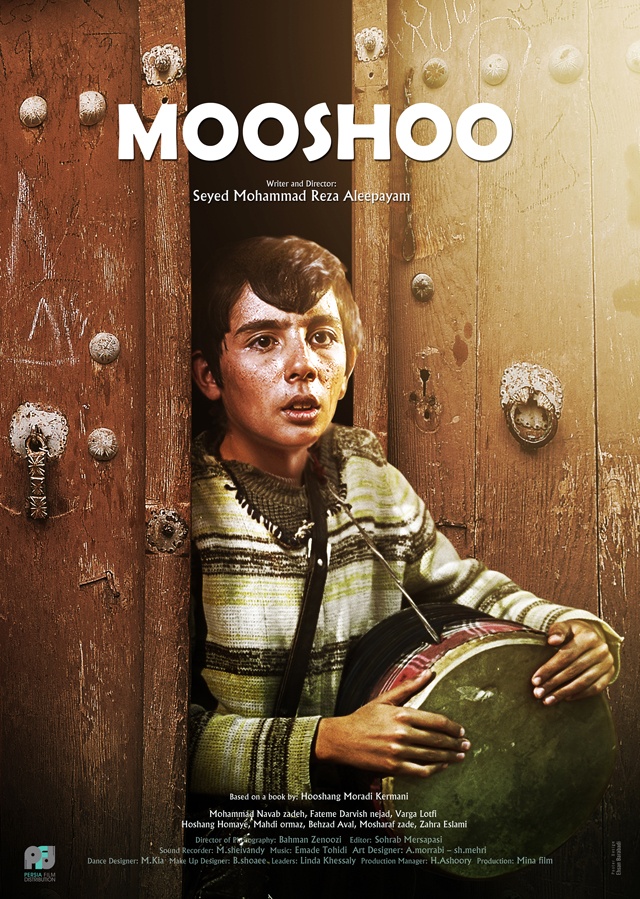 Based on a book by: Hooshang Moradi Kermani

The ten-year-old Mooshoo lives with his mother. A Tonbak (a goblet drum) is the only thing left from his late father that he plays all around and makes their living. When he is arrested few times as a badger, a friend keeps finding him a job, and people keep rejecting him for stupid reasons. Mooshoo has no choice but to go to his father’s grave.

Mohammadreza Ali Payam, known as Haloo, is a poet and satirist. Born in 1957 in Tehran, he is a graduate of Fine Arts in Tehran University. He started his career in cinema in 1979 as an actor, and continued with directing, writing, producing, set and costume designing. He shot Mooshoo in 2003, and the film was confiscated for fourteen years later. Mooshoo is the second film he has directed.