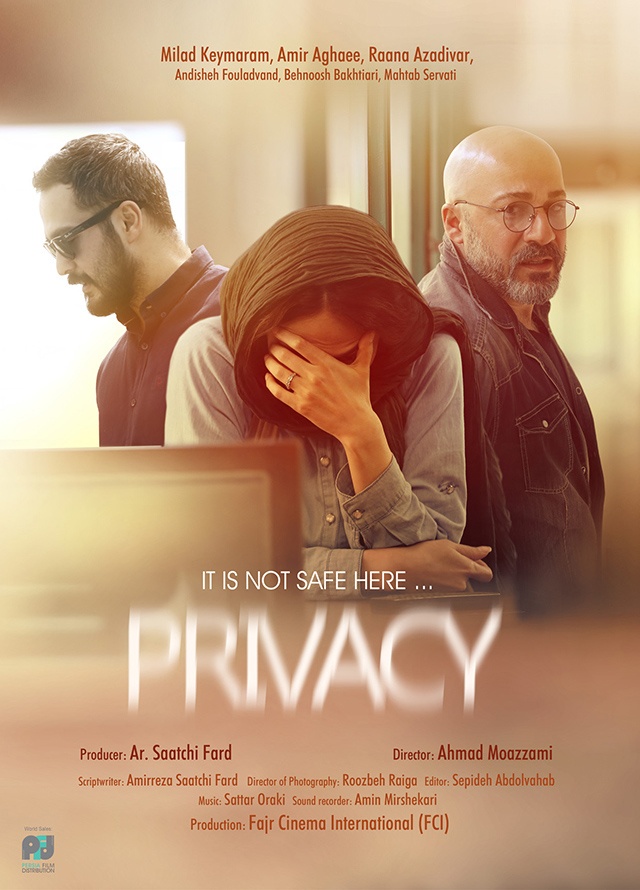 Five friends get together to spend a night for a happy and intimate birthday celebration, but the dishonesty hidden in their past ruins the night, leading them to an unexpected disaster.

Graduated of Cinema from IRIB College, Ahmad Moazzami started his career from 1994 as assistant director. He started directing TV series and movies in 2004. He also experienced scriptwriting, editing, costume and set designing during his career. PRIVACY is his debut feature film.