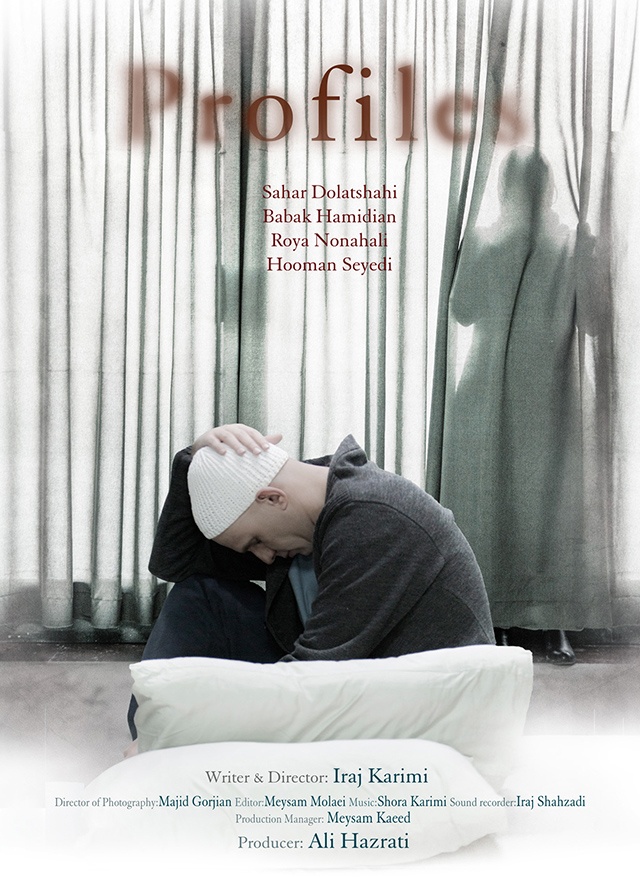 A young man suffering from cancer is spending his last days of life. In this difficult circumstance, a rivalry occurs between his mother and his wife.

Born in Tehran in 1953, Iraj Karimi was a graduate of Mechanic engineering and started his career as a film critic. His essays established his position among young film fans. After directing some TV series and TV movies, he made his first feature film in 2001. Iraj Karimi suffered from cancer and passed away right after directing his last film PROFILES.