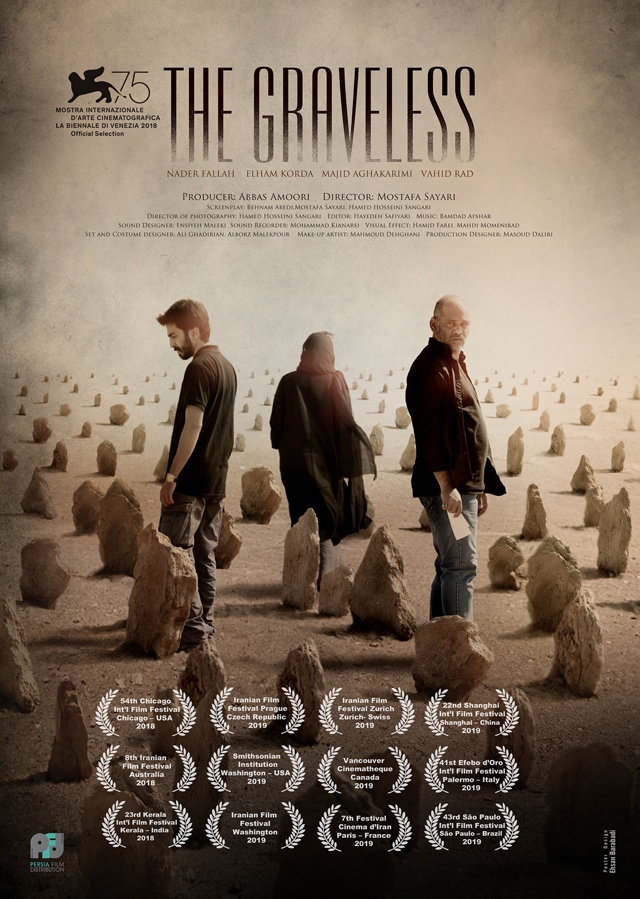 To fulfil the last will of their recently departed father, three brothers, joined by their only sister, drive to a village in the middle of nowhere where he asked to be buried. The heat and the long journey make the experience unbearable, especially when the body begins to rot. This is the time for the eldest brother, exhausted and angry, to vent out the long- unspoken grudge against the youngest brother who has looked after the father for years.

Born in 28th of November 1989 in Mashhad – Iran, Mostafa Sayari is a graduate of Psychology. He has made many short films and documentaries. The Graveless is his debut feature film.